If you think about it, a sidewalk sticking out into the ocean doesn’t seem to make much sense — at first. Essentially, that’s what a pier is. Unlike a roadside view of the Rocky Mountains, with vistas and snow-capped peaks, the ocean is pretty flat so being out further yields little more than being on the shore. Or so it would seem. However, that couldn’t be further from the truth.

Florida’s piers offer things the shore, beach or boat could not offer, at least, not to the extent a pier can.

Piers have birds, lots of birds, and they are flying all around you. Some, like pelicans, are swooping down and crashing upon the water in their own clumsy, break-neck fashion. 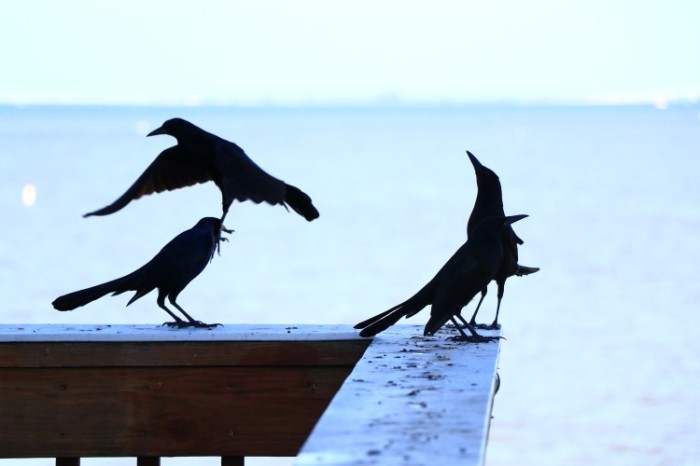 Gulls, grackles, cormorants, are soaring sentinels, ultimately resting underneath and perching around the ubiquitous tee-shirt hut or bait shop.

Even osprey — the working-class bald eagle — can be found nesting atop the useless anti-bird-spiked-roof, defiantly.

Fishermen are always there. Always. Like Las Vegas gamblers, they buy their two-dozen white shrimp and cast their white dice out onto the water hoping for a big one. Intermittently, they toss their old bait out toward the closest pelican like a poker chip tip to a dealer.

If a hooked fish is large and the pier very tall, he has to walk the entire length of the pier just to land it at the shore, while bystanders all walk alongside encouraging him – and ultimately, cheering him when he lands it. It can take an hour sometimes.

I’ve watched this dozens of times and each time it’s like the first time you see Rocky or Rudy. In the end, the fisherman often just lets the fish go, despite any previous barbecue grill dreams. He just lets it go. He just loved the feeling and was simply thankful he had the experience; and somehow, eating the fish would diminish it. If you’ve ever been at the pier, you would get it. 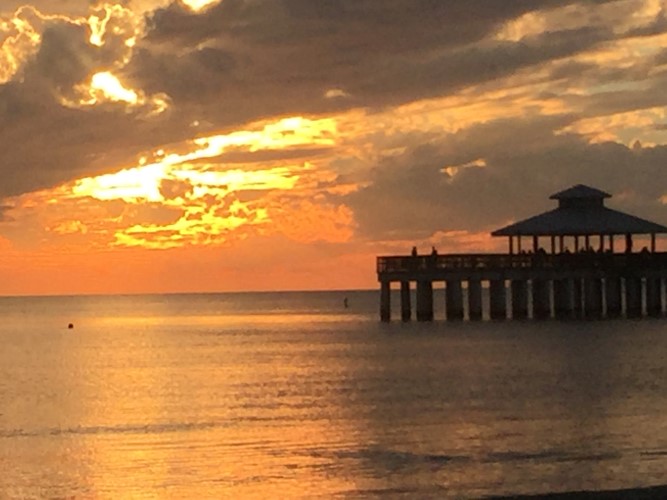 In the end, walking on a pier must be what it feels like walking on water. At least it’s as close as we can get to that Messiah-like feeling. I can’t express how many times I wished I could walk on water. On a pier, I can, sort of. Plus, I can sit for an hour just looking at the birds being birds, the fish being fish and the people being people – and the vast, vast open ocean splayed before me. 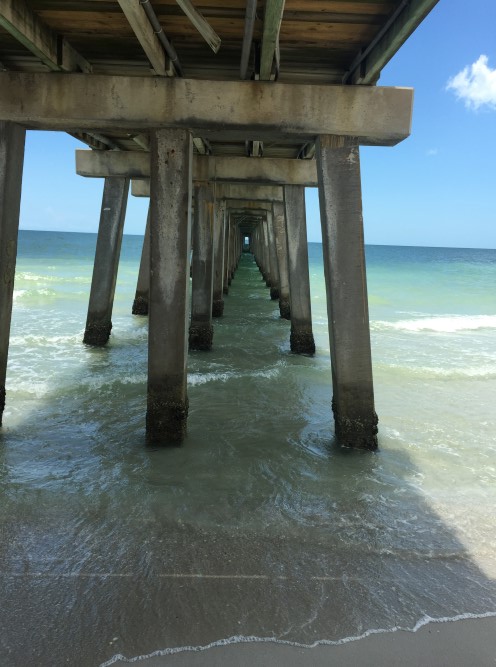 And then, there’s the sky. 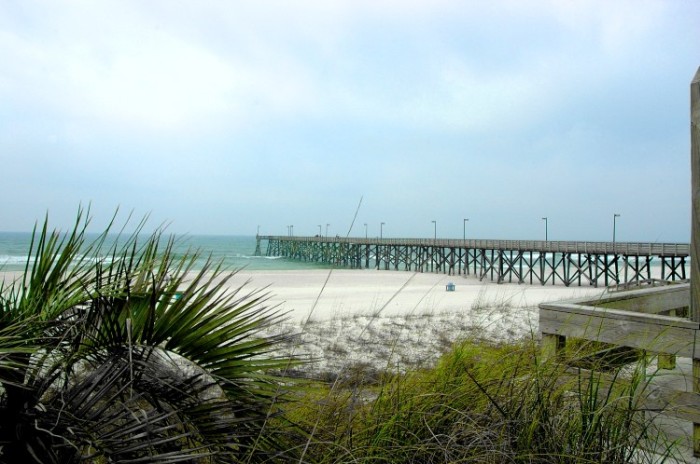