People are often astounded by the year-round birds in the Sunshine State. We do have some interesting flying friends and we are happy they make Florida home all year. But we are also a haven for migratory birds as well. Yes, they may only be here for a few months or just weeks, but they seem to like the warmth, so we get our unfair share of cool birds from all over – no pun intended. 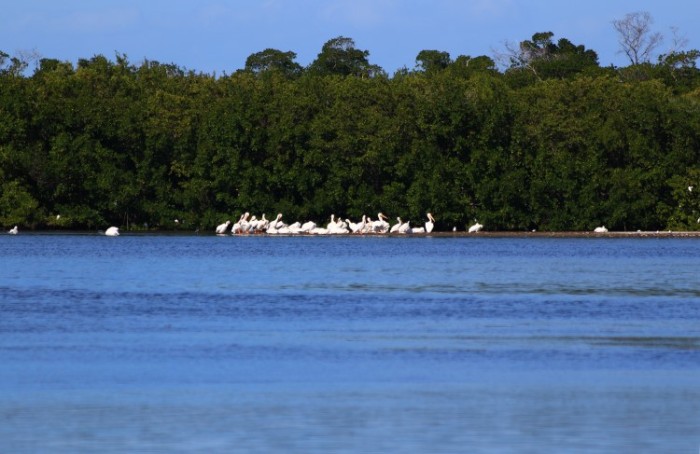 The white pelican is an eye-catching favorite. People will take a long walk or even a boat ride to see them. And I use the word “them” for a reason. 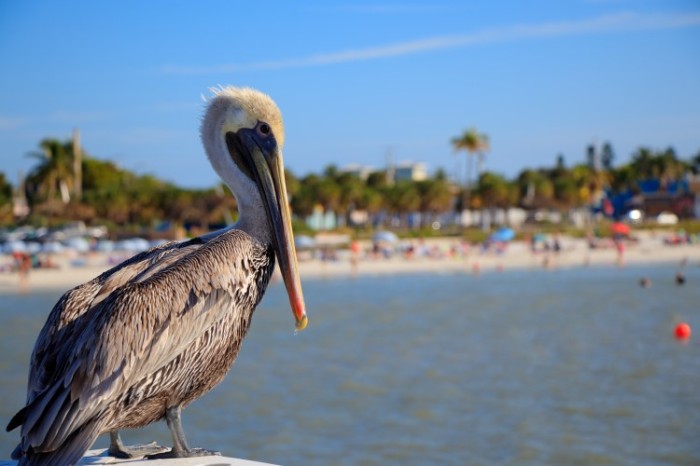 There are two pelicans in the sunshine state: the brown pelican and the American white pelican. As mentioned, the white pelican is seasonal. However, I’ve written about and photographed the brown pelican here and here. They are the seaside entertainers and can keep you watching for hours as they gracefully cruise the surface and suddenly crash-land in the water to catch a fish. Up close on a pier, they make much of their comical appearance too; it’s almost as if they know they are kind of goofy-looking.

But when the white pelicans show up, they make quite an impression, largely because they like to remain as a group, a flock … or technically, a pod. This assists them when fishing. Their beautiful white coloring alone is something to see, but to see a virtual island covered with them is a treat as well – and that’s why people hike or boat to see them. This doesn’t mean a group can’t be found in less remote places, you just have to ask a local to find them. These less remote places, however, are still close to the normal locations. My personal favorite spots are the islands these migratory birds frequent, such as Sanibel Island, Pine Island and the small islands inside the connecting Pine Island Sound.

Unlike brown pelicans, they don’t do the swoop and dive routine to eat. Instead, they catch fish while floating in groups. In late winter, both male and female breeding white pelicans develop a bump on their bill, called a horn. To me, it’s the equivalent of getting a pimple on your nose on prom night. But I guess they think it’s sexy and they are indeed a beautiful bird. So I guess nature knows best.