My Breakfast with the Manatees

I went to have breakfast in Matlacha recently. I was shooting photos for a piece on mangrove preservation and thought I would stop by a local café for a bite before starting. I sat outside viewing the sunlit bay and I was happy I did. I ended up having breakfast and a wonderful free show, courtesy of about six manatees swimming in the bay – all together – a few yards from me.

I’ve seen Manatees several times, but it wasn’t quite a show and there weren’t several around at one time. These manatees did not leave the area, regardless of boat traffic, regardless of lots of water in which to hang. They stayed for the two hours I was there. 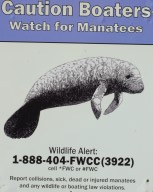 Manatees are threatened in Florida, largely due to boat collisions. Manatees are attracted to the low hum of boat motors and are brisk swimmers but not as fast as a boat at full speed. Florida mandates slower boat speeds in known manatee areas; nevertheless, they often fall victim to a fast running boat propeller. Also, the boats stir up the vegetation on the shallow bottom, which attracts them. The “sea cow” is a vegetarian mammal and breathes air, so they must surface once in a while.

Like an iceberg, most manatees remain under water so viewing in person is much better than pictures can show. Even in person, you rarely see the whole manatee, unless the estuary is very clear. It doesn’t matter; simply seeing their heads pop up while I’m nibbling toast is quite a cool thing, especially when there are five of them, plus a baby calf.

Despite the limited exposure, a tan-colored kayak came through the area and drew the manatees’ curiosity. In complete unison, they all bolted in opposite directions like humpbacks jumping out of the water, almost capsizing the gentleman in the Kayak. It was amazing to see and one of the best breakfasts I’ve ever had. 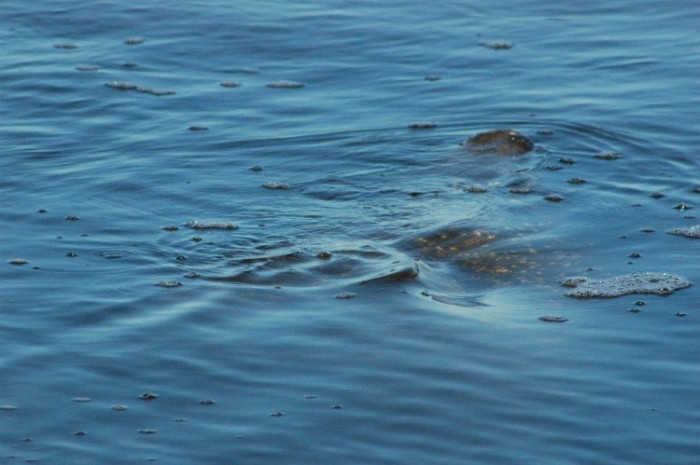 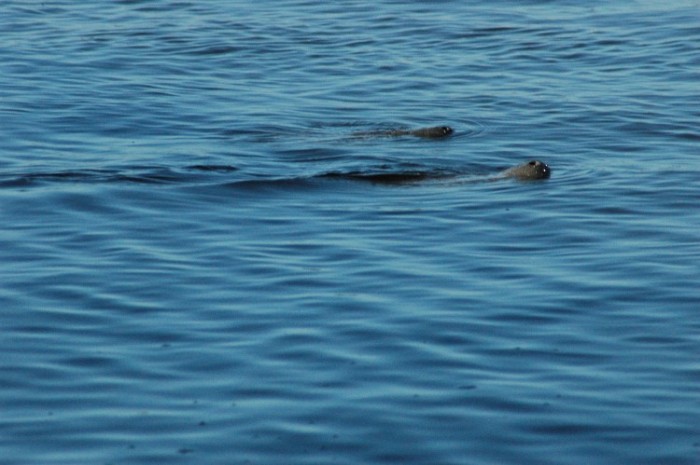 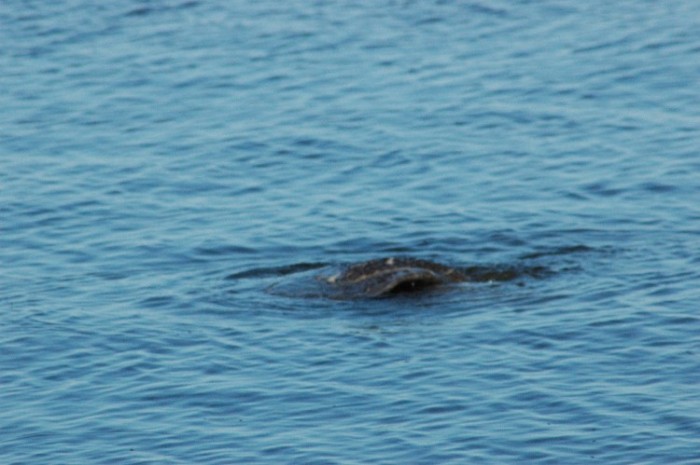 This is not a manatee, it’s a coconut. 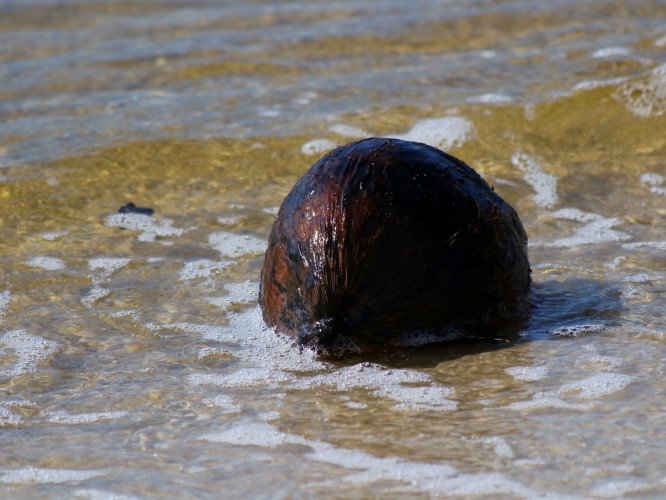 Many folks, including yours truly, would confuse these floating coconuts with potential sea cow sightings when they first moved here. The giveaway is that the coconuts don’t submerge like the manatees do. They just float.