I often recount stories I hear in beachside and bayside bars and restaurants. These places are a treasure trove of opinions and experiences. They also contain a mix of both local folks and tourists. Such diversity is hard to come by in the day-to-day sameness of life in general. People come from all over the world come to visit the Sunshine State.

When tourist couples get relaxed after a day on the beach, the subject often comes up about relocating to Florida. Almost always, someone says, “You know, we could move here. I don’t care what job I do, so long as it’s near the beach and I can live this life every day.” Often, they mention tip jobs like bartending and serving, which are good jobs in Florida, especially in-season. But there are other beach jobs as well.

As I’ve written about the Florida job market frequently, I’d like to tell you about a few service-oriented beach jobs besides bartending and serving. These folks get to live nearby and work on the beach as well, right on the sand. Bring your sunscreen, hat and eye-shades for these jobs. These jobs don’t pay particularly well, but they can make working right on the beach each day possible. 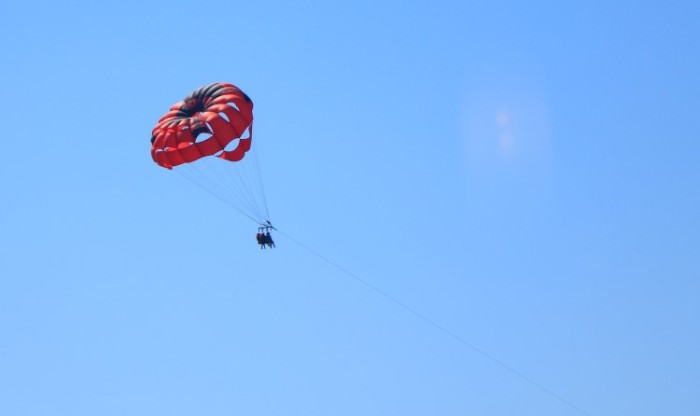 Hang gliding and Jet Ski operators require a local license and need staff to handle customers. Generally, shade is supplied by a somewhat permanent structure, such as a tiki hut or canvas awning and wooden shack. General duties include helping tourists with the thrilling experience, taking care of equipment, dispatching gear, and straightening up after the day is finished. These jobs are one of the best for both season and non-season because the water is warmer in the summer, making water activities enjoyable all year, but especially in the summer.

Employees will often operate a tractor or other beach-approved vehicle to move the jet skis from the water to overnight storage and to rake the sand where they operated the business. The boats are generally trailered or docked overnight. 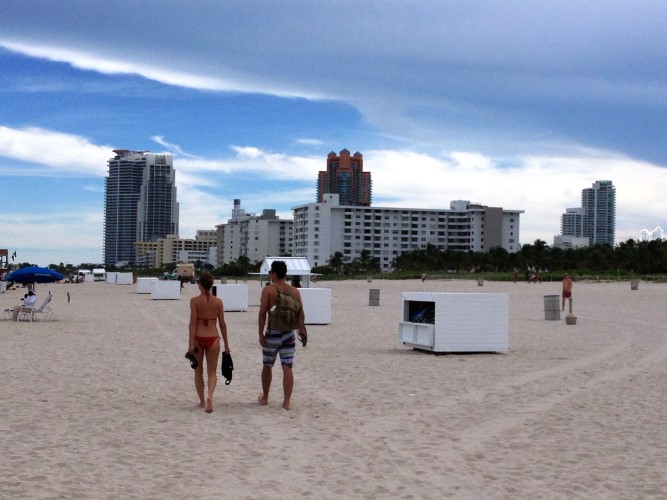 Resorts and beach bars need security, and it is often required by local government as a condition of doing business on the beach if they serve alcohol. Like security in a nightclub, these people make sure patrons are not having too much fun and are following the rules, all without being heavy-handed. General duties include making sure partiers don’t carry beverages where they shouldn’t, assisting servers and bartenders, making sure guests enjoy

Just after a sand face-plant, one side only, Photo: Kelly Dean

themselves without letting a lack of sobriety hamper someone else’s good time, and meeting and greeting tasks. Their stations are generally at the end of the beach property zone easement under an umbrella or at the beach entrance to the bar.

Requiring a license, this job is arguably the most low-overhead job one could have on the beach. Cart vendors work the tropics the world-over and the tasks are much the same: Find something people want on the beach. In Florida, that’s usually ice cream.

These people move up and down the beach with their colorful big-tire carts and dole out dilly bars aplenty. They can make fairly good money doing it too, but it is physical work and requires being in the sun a lot as the shade varies, depending which direction they are traveling at the time. They might have an umbrella or small tiki-brella on the cart.

One would think these jobs are only for youngsters, but people of all ages are seen doing these tasks on the beach. I know vendors who have operated their beach license for years and live nearby.

I would mention other beach jobs, such as parking fee attendants, policemen on ATVs and lot security, but if the job doesn’t leave sand between your toes at the end of the day, they don’t make the list – at least, not this list.

If have done any of these jobs or you know of any others, feel free to comment below.