Close Encounter with the Gopher Tortoise

It isn’t uncommon to run into wildlife in unexpected places in Florida. We’re famous for our gator encounters, after all.

But when you run into threatened animals in unlikely places, well, that’s a bit different.

I came home from the store one day and was approaching my front door when I noted this gopher tortoise blocking the doorway. It seems he was in transit through the nearby fields and scrubs and decided to pull over for a little shade under my porch. I just reached over him to open the door and stepped around him to get into the house. He was unafraid of me. By the time I got back with the camera, he was moving surprisingly fast down my sidewalk, stopping only once to munch on a leaf. 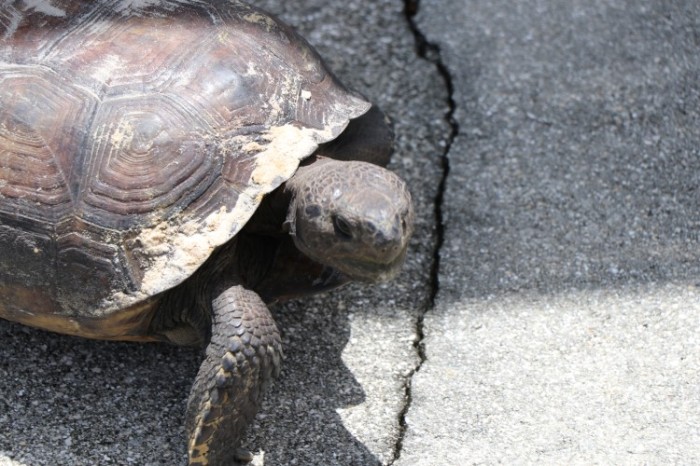 I wrote a full article about the gopher tortoise you can find here. But I would like to remind ya’ll that this tortoise is important because it creates burrows used by 360 different animal species in Florida. It’s pretty much illegal to accost them in any way, except to move them out of the road if necessary.