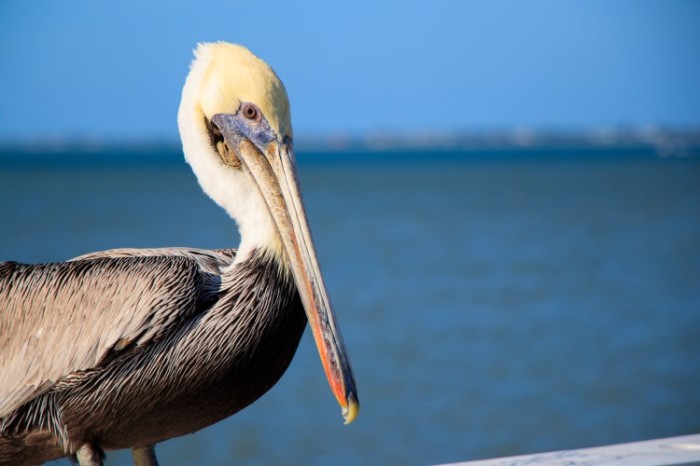 I am a pellycan, I am, and brown to be exact

I stay around the fishing pier for fishy tidbit snacks

I know there’s haughty pellycans; they’re snooty through and through 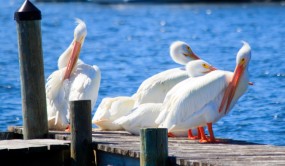 They show up once a year in milky social gatherings

And fidget ‘bout their pretty bumps and pelly canny things

They always stay in groups while fishing — making fun of you

And if they ever venture forth and land upon the pier

So mostly I stick to myself and float about the docks

Or wait until the tide goes down among the oyster-rocks

Unlike that cook in Melville’s book that’s how my sushi look!

Or ugly, skinny, long-neck chickens eat ‘m in the nickly

I have a couple extra chins that waggle down my neck

To graceful soaring wonderment as if there’s nothing there

I swoop and crash and splash and sail, the stingray of the tops

No diving miracle like me is judged by graceful stops

My wings are three feet each, and yet my beak is nearly two

My head is good and strong, I show my tongue in proud respect

The Ancient Mariner’s no match — he’d hang below my neck!

My Momma Pellycan did chide me: “I should be discrete;

That beauty is one’s own beholding, not the food one eats.

So watch out for the lines and snares they hang among mangroves;

Then catch your girly pellycan and start your treasured trove!”

I perch on water’s nest in quiet stately elegance

Then coyly puke a gut or two for some sweet beaks, perchance?

Then bee-line for a windlass just before we quickly swerve

Then find a private spot away from devilish sandspurs

Where sunset ripples streak the glassy tops in salty laps

Where winds rush headily with kelpish smells aloft in air

And then one random breeze — a briny spray on feather hair

And there will be our nest to raise our clumsy, clownish clan

Then if the fish in great abundance always find our bill

Our tiny issues always have the freshest at their fill

Yet more the beaks to fill, my pride won’t always make that snatch

If then we must raise nestlings on that fishy contraband

One thought on “The Pellycan”